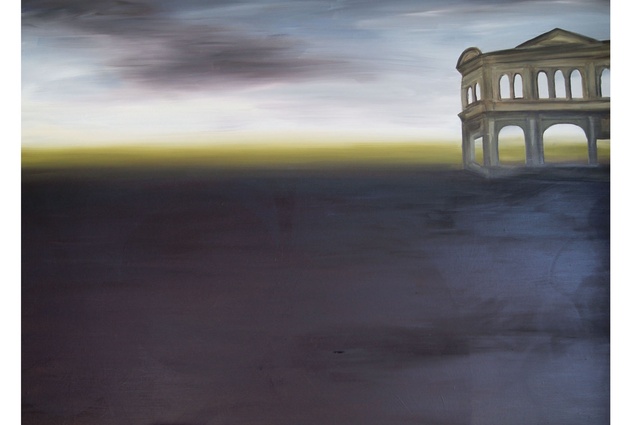 Here, she speaks with Amelia Melbourne-Hayward about her upcoming exhibition, spatial theory and the ideas of temporality within her beautiful works.

[…]
My first encounter with spatial theory was with French anthropologist Marc Auge’s work. He discusses the super-modernity of our urban societies and the ‘non-places’ we inhabit everyday but take little notice of.

I later became influenced by Michel Foucault’s ‘Heterotopia’, architect Lebbeus Woods’ ‘New Spaces’ and urban sociologist Ray Oldenberg’s ‘Third Spaces’. These all had intriguing definitions and ideas of space within the urban environment, and they encouraged me to think deeper about the space we inhabit, how we interact with it and what it might one day become. My art practice fell deeper into a world of spatial theory and I discovered a passion for architecture and futurism.