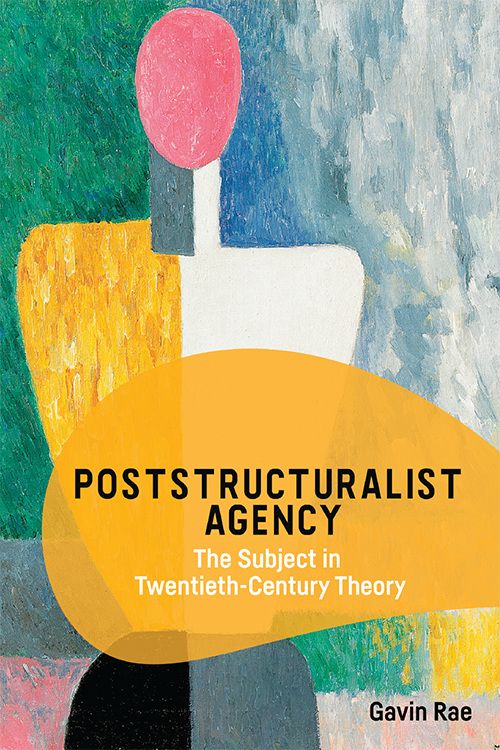 Gavin Rae, Poststructuralist Agency. The Subject in Twentieth-Century Theory, Edinburgh University Press, 2020
Does the poststructuralist decentring of the foundational subject permit a coherent account of agency?

Gavin Rae shows that the problematic status of agency caused by the poststructuralist decentring of the subject is a prime concern for poststructuralist thinkers. First, Rae shows how this plays out in the thinking of Deleuze, Derrida and Foucault. He then demonstrates that it is with those poststructuralists associated with and influenced by Lacanian psychoanalysis that this issue most clearly comes to the fore. He goes on to reveal that the conceptual schema of Cornelius Castoriadis best explains how the founded subject is capable of agency.

Gavin Rae is Senior Visiting Research Professor at the Universidad Complutense de Madrid, Spain. He is the author of Critiquing Sovereign Violence (Edinburgh University Press, 2019), Evil in the Western Philosophical Tradition (Edinburgh University Press, 2019), The Problem of Political Foundations in Carl Schmitt and Emanuel Levinas (Palgrave, 2016), Ontology in Heidegger and Deleuze: A Comparative Analysis (Palgrave, 2014) and Realizing Freedom: Hegel, Sartre and the Alienation of Human Being (Palgrave, 2011). He is co-editor of Subjectivity and the Political: Contemporary Perspectives (Routledge, 2018) and The Meanings of Violence: From Critical Theory to Biopolitics (Routledge, 2019).