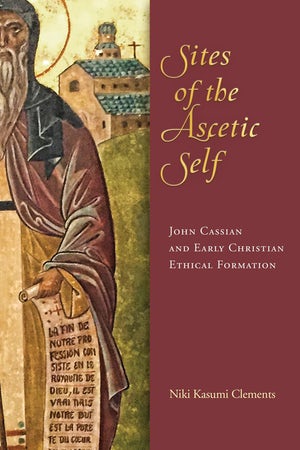 Description
Sites of the Ascetic Self reconsiders contemporary debates about ethics and subjectivity in an extended engagement with the works of John Cassian (ca. 360–ca. 435), whose stories of extreme asceticism and transformative religious experience by desert elders helped to establish Christian monastic forms of life. Cassian’s late ancient texts, written in the context of social, cultural, political, doctrinal, and environmental change, contribute to an ethics for fractured selves in uncertain times. In response to this environment, Cassian’s practical asceticism provides a uniquely frank picture of human struggle in a world of contingency while also affirming human agency in ways that signaled a challenge to followers of his contemporary, Augustine of Hippo.

Niki Kasumi Clements brings these historical and textual analyses of Cassian’s monastic works into conversation with contemporary debates at the intersection of the philosophy of religion and queer and feminist theories. Rather than focusing on interiority and renunciation of self, as scholars such as Michel Foucault read Cassian, Clements analyzes Cassian’s texts by foregrounding practices of the body, the emotions, and the community. By focusing on lived experience in the practical ethics of Cassian, Clements demonstrates the importance of analyzing constructions of ethics in terms of cultivation alongside critical constructions of power. By challenging modern assumptions about Cassian’s asceticism, Sites of the Ascetic Self contributes to questions of ethics, subjectivity, and agency in the study of religion today.

Send me news for this blog
Join 14,447 other followers