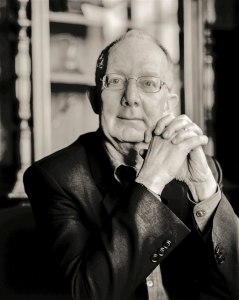 Portrait of Paul M. Rabinow by Saâd A. Tazi, during his Blaise Pascal professorship at the Ecole Normale Supérieure, rue d’Ulm, Paris.

Paul Rabinow, UC Berkeley professor emeritus of anthropology and world-renowned anthropologist, died April 6 at the age of 76 in his Berkeley home.

Rabinow spent about 41 years at UC Berkeley between 1978 to 2019, serving as the director of anthropology for the Contemporary Research Collaboratory and as the former director of human practices for the Synthetic Biology Engineering Research Center.
[…]

Rabinow is most well-known for his commentary on the works of French philosopher Michel Foucault, with whom he worked while Foucault was in Berkeley in the early 1980s.