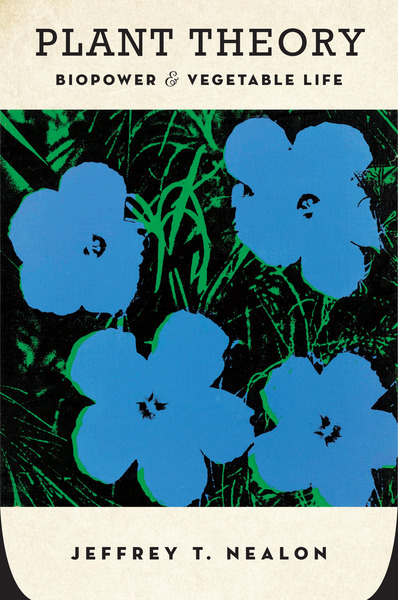 In our age of ecological disaster, this book joins the growing philosophical literature on vegetable life to ask how our present debates about biopower and animal studies change if we take plants as a linchpin for thinking about biopolitics. Logically enough, the book uses animal studies as a way into the subject, but it does so in unexpected ways. Upending critical approaches of biopolitical regimes, it argues that it is plants rather than animals that are the forgotten and abjected forms of life under humanist biopower. Indeed, biopolitical theory has consistently sidestepped the issue of vegetable life, and more recently, has been outright hostile to it. Provocatively, Jeffrey T. Nealon wonders whether animal studies, which has taken the “inventor” of biopower himself to task for speciesism, has not misread Foucault, thereby managing to extend humanist biopower rather than to curb its reach. Nealon is interested in how and why this is the case. Plant Theory turns to several other thinkers of the high theory generation in an effort to imagine new futures for the ongoing biopolitical debate.

Send me news for this blog
Join 14,571 other subscribers