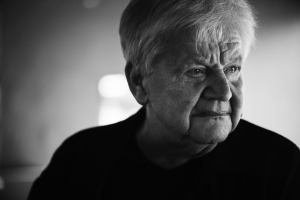 For more than 30 years, Mark Cousins’s Friday evening lectures at the Architectural Association were the place to be, not only for those who worked and studied at the school in London, but for people from all walks of life. An intellectual and theoretician, he was much loved by students and staff alike; a constant presence in the spaces of the AA and always ready to engage in or instigate an impromptu conversation.
[…]

Cousins was widely recognised as one of the best minds amongst his contemporaries, and a brilliant speaker, whether sitting around a dinner table or standing behind a lectern delivering countless talks and lectures. Despite co-authoring (with Athar Hussein) Michel Foucault (1984), his only completed book, he was mostly unable to translate the copious notes he took on every book read, nor his own research and thinking into anything more than the occasional article.

In contrast to the Anglo-Saxon model of the intellectual and university teacher that is based on written output, Cousins functioned more like the academic French masters, who delivered talks to groups of students who were tasked with the recording and transcribing of speeches into printed texts suitable for distribution. His intellectual contribution lay in la parole, not la page ecrite. Like his Oxford contemporary and friend, Christopher Hitchens, Cousins was better known for his wit and fluent pause-less deconstruction of modernity rather than doorstop bricks of many pages.
[…]

Send me news for this blog
Join 14,526 other subscribers