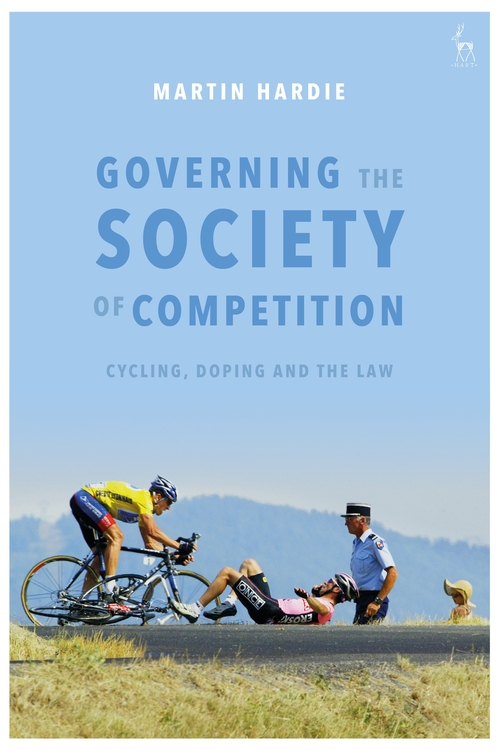 This book considers the manner in which the making and implementation of law and governance is changing in the global context. It explores this through a study of the deployment of the global anti-doping apparatus including the World Anti-Doping Code and its institutions with specific reference to professional cycling, a sport that has been at the forefront of some of the most famous doping cases and controversies in recent years. Critically, it argues that the changes to law and governance are not restricted to sport and anti-doping, but are actually inherent in broader processes associated with neoliberalism and social and behavioural surveillance and affect all aspects of society and its political institutions.

The author engages with concepts and arguments in contemporary social theory, including: Dardot and Laval on neoliberalism; Agamben on sovereignty; Hardt and Negri on globalisation; and others including Foucault, Deleuze and Guattari, and Louis Dumont. The work seeks to answer a question posed by both Foucault and Agamben; that is, given the growing primacy of the arts of government, what is the juridical form and theory of sovereignty that is able to sustain and found this primacy? It is argued that this question can be understood by reference to the shift from a social or public contract that was understood to be the foundation of society, to a society that is constituted by consent, private agreement and contract.

In addition, the book examines the juridical concepts of the rule of law and sovereignty. Commencing with the Festina scandal of 1998, the Spanish case of Operación Puerto and concluding with the fall from grace of the American cyclist Lance Armstrong in 2012, the principal processes examined include:

– The increasing crossing of the borders between different legal regimes (whether supranational or simply particularised) and with it the erosion of what we knew as state sovereignty and constitutionalism;

– The increasing use of judgment achieved through the media and how this arrives at new configurations of moral panic and scapegoating;

– The creation of a need for rapid outcomes at the expense of the modernist value or version of the rule of law;

– The increasing use of new and alternative methods of guilt, proof and ultra-legal detection.

Prologue: Before and after Festina
The Festina Tour
An Incomplete History of the Origins of Cycle Sport
The Convicts of the Route
A Few Brief Words about the Role of the Grand Tours
An Aside on Bike Booms – Now and Then

1. Introduction
The Armstrong Era – Cycling in the Age of Empire
A Note on Terminology
The New Way of the World
The Law-governance Continuum
The End of Modernity?
Chapter Summary

3. Form(s) of Law
Forms of Law – Whereabouts are We
Weber and Formal Law
Dicey and the Law of Constitution
Dicey’s Critique of Administrative Law
Law’s Deformalisation and the Need for Speed
Private Governance and the Growth of Arbitrative Demand
The Police

4. A Global Apparatus of Control
Anti-Doping Law and Global Governance
Anti-Doping Offences
Whereabouts Surveillance
Panopticism? and the Internalisation of Control
The Panopticon as Paradigm
Beyond Panopticism
Biopolitical Passports
Trust the Science
The Great Observer

Excursus: Competition, Jouissance and the Non-language of Sport
6. Conclusion
Functionality – Exception – Spectacle
Cycling in the Age of Empire
The Athlete as a Paradigm of Life within Empire
The Sovereign, the Kingdom and the Glory of the Wolf

Send me news for this blog
Join 14,526 other subscribers