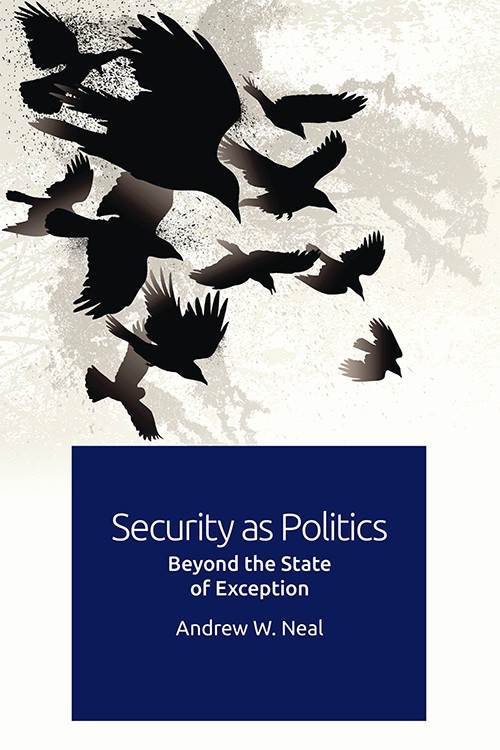 Andrew Neal, Security as Politics. Beyond the State of Exception, Edinburgh University Press

Uses the perspective of parliamentarians to reassess the relationship between security and politics
Andrew W. Neal argues that while ‘security’ was once an anti-political ‘exception’ in liberal democracies – a black box of secret intelligence and military decision-making at the dark heart of the state – it has now become normalised in professional political life. This represents a direct challenge to critical security studies debates and their core assumption that security is a kind of illiberal and undemocratic ‘anti-politics’.

Using archival research and interviews with politicians, Neal investigates security politics from the 1980s to the present day to show how its meaning and practice have changed over time. In doing so, he develops an original reassessment of the security/politics relationship.

Contents
1. In Defence of Politics Against Security
2. How Do We Know Security When We See It? Problematisation as Method
3. Securitisation and Politicisation
4. Politicians, Security Politics and the Political Game
5. Can One Person Make A Difference? Fearless Speech vs. Security Politics
6. Security as Normal Politics: The Rise of Security in Parliamentary Committees
7. Security as a Whole Government Project: Risk, Economy, Politics
Conclusion: More Security, More Politics