Editor: After the terrible news of the fire and because the banner of Foucault News is an image of Le Stryge, one of the chimera on top of Notre-Dame, I am reposting the photo below which appeared on the Facebook page of La Cinémathèque française. This article on the BBC news site lists what has survived and what hasn’t.

Update 2/5/19. It would appear the chimera, notably Le Stryge in the banner, didn’t survive – but a Dutch company has already put together a 3D print.

What interested me in the article below was not so much the account of Donald Trump’s latest exploits as the description of the technical expertise needed to fight the fire.
Experts deride Trump’s Notre Dame firefighting advice as ‘risible’, The Guardian, 17 April 2019.
Guillermo Rein, professor of fire science at Imperial College in London, praised the work of the French firefighters.

“The fire brigade had to be aggressive fighting the big roof fire with the aerial ladders designed for high-rise buildings, but at the same time be gentle with the vulnerable structure of the stone vaults and walls. They did a fine job, and how they tackled this fire will probably be studied in the years ahead.”

With thanks to Luca Paltrinieri for posting the three informative links above on his Facebook page.

For a photo of the chimera looking down on the fire, see the ‘about’ page on this blog. 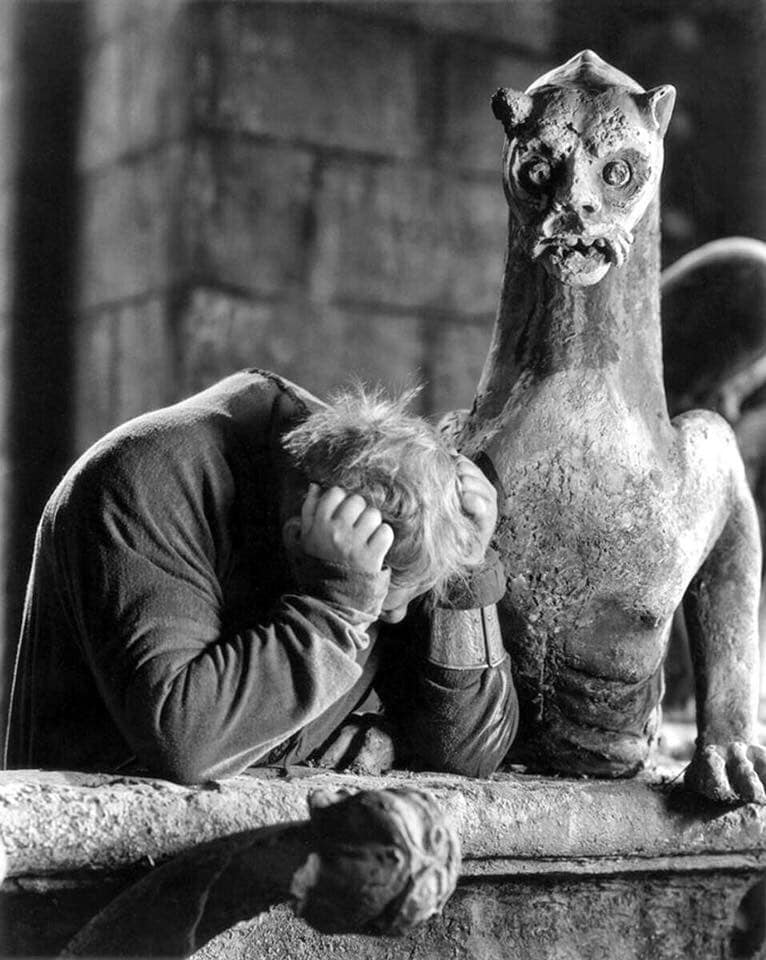 Charles Laughton in The Hunchback of Notre Dame (1939)