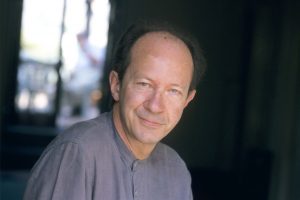 The following is an interview with the famed Continental philosopher Giorgio Agamben conducted by journalist Antonio Gnolio. Originally published in La Repubblica on May 15, 2016.  the interview is translated from the Italian by Ido Govrin, whose bio is given at the end.  It is translated with permission of La Repubblica.

AG: In recent years you have intensified your call on “biopolitics.” Is this a concept we owe in large part to Michel Foucault?

GA: Certainly. But just as important to me was the problem of method in Foucault, namely the archeology. I’m convinced that these days the only way to access the present is through investigation of the past, the archeology. It should be made clear, as Foucault does, that archeological researches are not just the shadow that the interrogation of the present projects on the past. In my case, this shadow is often longer than that sought after by Foucault and probes fields such as theology and law, which Foucault hardly looked at. It certainly may turn out that the results of my research are disputed, but I hope at least that the purely archeological researches I developed in State of Exception,[6] The Kingdom and the Glory,[7] or in the book on oath,[8] help us understand the time in which we live.